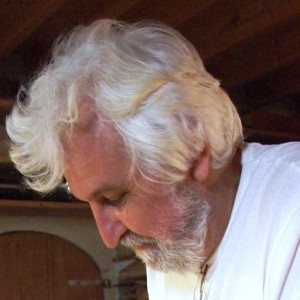 Vrancken Ivo was a guest in the workshop as sporadic user before, to saw heart shelves of a veneer company to guitar sets on the big sawing machines and to pass them through the drum sanding machine. This summer, he came with a CO project.

Ivo is the first WorXhop User who has used a CO Project formula. This is a project where a user creates something in cooperation with STRinGstruments WorXhop that produces a  value to the WorXhop.

In this case a “Side Bender” for guitar sides. In this formula, the User pays no fee for the use of the workshop, his input is an added value for STRinGstruments WorXhop, a second “side bender” for use by the WorXhop Users.

Based on plans that Ivo had bought we have built together two devices and adapted the design, such as adjustable springs for larger and smaller models, a separate controller to use on different devices.

The implementation of the design was done in collaboration with Lieven of STRinStruments WorXhop, so we have two devices, one for Ivo and one for the WorXhop.

The tests went well, some adjustments to the structure and parameters such as time, temperature and wait, and it‘s all good. Ivo is satisfied and STRinGstruments has another device and one more experience.  Thanks to his input.

During the OPENDEURDAG on November 22 2015, Ivo will demonstrate the bender, you can see him  at work.